STP stands for sewage treatment plant, equipment used for treating sewage to remove contaminants. Whereas, WTP means water treatment plant, where raw water like ground or surface water is treated before supplying to the public. This article would discuss STPs and their process, with a focus on plants in Bangalore.

Watch this video to Understand how a STP works !

The sewage treatment process involves converting effluent into relatively cleaner water before it is released into water bodies. STPs serve useful in restoring the groundwater balance, prevent the spread of waterborne diseases, and reduce environmental and water pollution. They can also be applicable in residential apartments, where the treated water could be utilized for activities like gardening, washing cars, construction, irrigation, and toilet flushing. It would save houses from spending money on water tankers due to the abundant availability of groundwater on macro levels and reusable water at community levels.

How do Sewage Treatment Plants Function?

During preliminary treatment or screening and filtration, coarse solid particles such as grits, tree branches, plastics, etc. are removed. The wastewater then undergoes primary treatment, a process that takes place within sedimentation tanks. The organic and inorganic wastes are separated and the water is free from 60% of the solids that are collected as sludge.

The effluent is released into a secondary clarifier that separates biological floc from the liquid by aerobic or anaerobic processes. Up to 90% cleaning occurs during this phase. Tertiary treatment reduces pathogens and inorganic compounds by disinfecting water through the use of chemicals, UV light, or micro-filtration. The sludge collected throughout the treatment is treated in digesting tanks before use as fertilizer. The treated effluent is then safely disposed.

Many apartments and building constructions in Bangalore, including malls, have developed their own STPs. Since 2005, the number of privately-owned STPs has been on the rise in the city. Installing STPs in buildings supports recycling of nearly half of the total daily water consumption, thereby reducing the demand for freshwater by 50%. The water treated by an STP would appear clear and be odorless, provided it functions properly.

However, under unregulated conditions, STPs in Bangalore faced problems because substandard quality STPs were sold in the city. These plants are not up to the mark in terms of design and fabrication, and are unable to treat sewage.

The downstream equipment may fail due to a build-up of materials such as paper, wood, and plastic, which may contribute to problems such as wear and tear, or pipe blockage. The treated effluent may not meet the necessary standards for nitrogen, phosphorous, and other parameters, including BOD (biological oxygen demand). As a result, there may be excess ammonia in the treated effluent and biofilm formation.

The employees or workforce operating STPs are at risk of infections and health issues such as headaches, fatigue, and cancer due to microorganisms and toxic chemicals present in sewage. Therefore, the workers need to be equipped with the necessary safety equipment. Another problem with STPs is that the treated effluent may contain high concentrations of hydrogen sulphide gas (H2S), giving it a foul odor.

If the STP is unable to treat the sewage properly, then it may also emit toxic gases such as carbon monoxide, ammonia, and methane, which can have severe health concerns for the people. This is especially a problem if the STP is located in or near residential complexes. These problems emphasize the need for frequent testing of STP effluent.

Why is it Important to Test STP Treated Effluent?

Testing sewage water enables the prevention of water-borne health issues. Sewage contains microorganisms, especially fecal coliform Escherichia coli. The pathogens in sewage water can cause a variety of infections. If sewage water is not tested before releasing into a water source, there may be risks of contaminating water bodies which would endanger the life of aquatic species.

In fact, 75% to 95% of urinary tract infections are caused by E. coli. It can also be present in an apartment’s swimming pool.

Sewage water has an unpleasant odor and high turbidity, which can be damaging to marine life if the water enters the sea. The rate of oxygen utilization is also high in sewage water and this can deprive marine organisms from receiving the desired oxygen, thus endangering them. Regular testing of STP plants, both local and commercial, helps in the early identification of errors and correcting them. This would promote the efficient functioning of STPs and save costs on extensive repairs. Periodic testing of STP water is also significant in terms of complying with water quality standards and regulations.

The design and fabrication of STPs must undergo frequent quality checks and strict regulations need to be implemented. Treated effluent released from STPs should comply with the standards established by the State Pollution Control Board of Bangalore (KSPCB) to avoid environmental and public health problems.

Section 17 of the Water (Prevention & Control of Pollution) Act, 1974 has defined various measures that can be undertaken by State boards for regulating the design and fabrication of STPs.

KSPCP can monitor STPs for compliance of these regulations, conduct inspection and approval of new STPs, train operators, and make people aware of the importance of STPs and the regulation standards.”

The STP-approval process has two stages: CFE (consent for establishment) to the developer and CFO (consent for operation). The CFO authorizes developers to operate STPs. KSPCB would inspect STPs annually for problems related to aging and overuse. It can then extend one’s CFO till another year if the STPs successfully qualify the inspection phase.

STPs help in treating sewage water and plants can be installed even in residential societies. The treated water can be recycled and used for household purposes. However, regular testing of STP water and equipment is essential to maintain the quality and standard norms of STP water. At Prewel Labs we provide testing services for STP and WTP samples, thus helping our customers to understand the quality of the samples which eventually helps them to abide to the KSPCB norms. 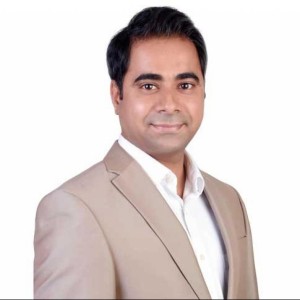 Ambarish
Ambarish M. Ghali is an first generation Entrepreneur with Masters in Biotechnology who has worked on Cancer Biology before he started his entrepreneurial journey. His passion for solving challenges and impacting people’s lives was the force that drove him to be an entrepreneur. As an entrepreneur his expertise includes Operations, Strategy and Planning, Finance and People Management. In his free time, he writes blogs with an intention to create awareness and educating people on various issues.
Related Articles

What is NABL? How to get NABL Accreditation?