Cruciferous Vegetables and COVID-19 – A Review

What are Goitrogens in Cruciferous Vegetables?

Goitrogens are substances that interfere with the normal functioning of the thyroid gland, and they are broadly classified into three types, namely goitrins, thiocyanates and flavonoids. These goitrogenic substances are also collectively called glucosinolates. Glucosinolates are secondary metabolites formed in plants, which have adverse effects on thyroid hormone secretion.

Interestingly, rats fed un-cooked radish also had increased weight of the thyroid gland than rats fed with cooked radish. Thyroid follicles in these radish-fed rats were also lined with high cuboidal cells with distinct nucleus showing hypertrophy and hyperplasia filled with less homogeneous colloid, and some of the follicles were invaded by epithelial cells. Highest TPO (thyroid peroxidase) activity was noted in the KI-supplemented group of rats. Inhibition in TPO activity was more profound in the fresh radish-fed groups.

Studies have also found that isothiocyanates such as allyl isothiocyanates, iberin and indole-3-carboxyaldehyde are present in cruciferous vegetables. It was also found that white cabbage extracts are more effective in scavenging the DPPH significantly (p≤ 0.05) in a dose-dependent manner. And, IC50 values of white cabbage extracts was estimated to be 85.66mg (S Anandan et al. 2018, 3(3): 000152).

A European ecological study by Jean Bousquet et al. (2020) also found that fermented vegetables or cabbage may be associated with low death rates of COVID-19 in European countries.  It was observed that SARS-CoV-2 binds to its receptor―the angiotensin-converting enzyme 2 (ACE2) and this binding enhances the activity of angiotensin II receptor type-1 (AT1R) and leads to oxidative stress. The oxidative stress, in turn, leads to insulin resistance as well as lung and endothelial damage, all of which are severe outcomes of COVID-19. The putative mechanism by which fermented vegetables and cabbage effect COVID-19 severity is said to be associated with Nrf2.

The nuclear factor, erythroid derived-2 (Nrf2), activated by fermented vegetables or cabbage, is the most potent antioxidant in human beings that can block the AT1R axis. The downregulation of ACE 2 also reduces the Ang-1,7 antioxidant activity that was found to activate Nrf2, which protects against hallmarks of severe COVID-19. A review of the studies stated above shows that higher consumption of cruciferous vegetables may have adverse effects on reducing thyroid problems, but studies have also shown that these vegetables could be involved in effective reduction of COVID-19 severity. 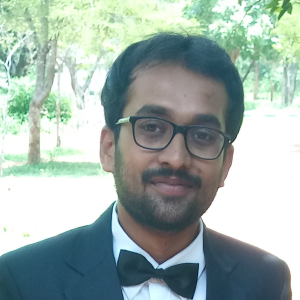 What is NABL? How to get NABL Accreditation?